The Jewish history of Costa Rica is rich, interconnected with that of Caribbean Jewish and very interesting! 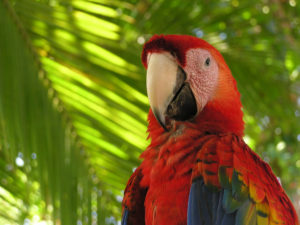 The first wave of European settlers arrived with the Conquistadores in the 1560s. Costa Ricans acknowledge that among the early colonists were Anusim, or Jews who converted to Christianity under duress in Spain. Indeed, some families in Costa Rica can trace their Anusim background through their family name: Arias, Pacheco and Chinchilla. However, none of these families returned to Judaism. Other indications of early Jewish influence include certain dietary and ritual practices among the local population. During the years of Spain's rule over the country, Jews were not formally allowed to enter the province. Nevertheless, commerce with Jewish traders from the islands of Jamaica and Curacao grew strong. Spain’s colonial rule over Costa Rica ended during the eighteenth century as a result of ongoing periods of war between Spain and England. At the conclusion of the colonial period, there was no Jewish presence in Costa Rica. Yet despite this lack of physical presence, the Jewish heritage manifested itself in the first official flag of the country in 1823: white with red Magen David in the middle of the flag.

Following independence, and beginning in the middle of the Nineteen Century, Costa Rica embarked on development of the Caribbean region. New investment from abroad brought in a new influx of foreigners who saw the possibilities of economic development and use of the land and business. Building a Caribbean railroad also opened the door to a new wave of migrants. Attracted by new economic opportunities in Costa Rica, a small number of Jews, mostly arriving from the island of Saint Thomas, established a presence in Costa Rica. The first recorded Jewish wedding in Costa Rica occurred in 1892. These Caribbean Jews intermarried with local populace, and by the 1930’s, lost their Jewish character.

At the beginning of the twentieth century political and social changes pushed European Jews to look for new places. After the First World War, the numbers of European Jews arriving into Costa Rica increased and constituted in this way the third wave. Most of the new comers came from Poland and reproduced their traditional Jewish institutions in Costa Rica. The first act of this group was to set up a cemetery in 1931. A year later, the first community building was bought in San Jose. It stood at Avenue 3 and Street 6 in the heart of town. Subsequently, the community organized itself as the Jewish Zionist Center of Costa Rica or Centro Israelita Sionista de Costa Rica, and became the only communal Jewish entity in 1934. Since the beginning, it declared its strong bond to Israel and the support for a Jewish homeland. This institution has been the rector of Costa Rican Jewry and the only Orthodox community in the country. The Center, as it is called, is the main Jewish communal institution in Costa Rica and is responsible, among other things, to maintain and promote religious activity, mutual aid, and charity, the formal and informal Jewish education, and care for the elderly. It is also responsible for managing the Orthodox Synagogue, the Orthodox cemetery and social and educational facilities, as well as, the Jewish community religious needs such as monitoring the products used and consumed in accordance with the Jewish dietary rules, and provisioning of products for Passover.

After the Second World War, Holocaust survivors came to meet their relatives who had arrived before the war. This group made up the fourth wave of Jews in the country. Its numbers were small, but helped the community increased its size.

In the following decades the number of Jews arriving to Costa Rica came from different destinations. South American Jews arrived in Costa Rica looking for new opportunities or due to political problems. Their migration started in 1960s and continued until this date. American Jews and Israelis have increased their presence in the past two decades. Finally, the last wave in process is the Venezuelan Jews.

The Centro Israelita Sionista de Costa Rica have been the institution providing social support and educational activities, social and religious to the internal of the community, but also to the Costa Rican community in general by helping to promote social welfare in the entire territory.